Asteraceae is the largest plant family in Turkey and represented by 138 genera and 1336 species in Turkey. In this paper, Gamochaeta coarctata (Willd.) Kerguélen (Asteraceae) which is native in South America, is reported for the first time as a new alien species for Turkey (İstanbul). The plant was noticed, in a population of more than 250 individuals on the side of walking path in May 2021. In order to identify this unfamiliar plant, a sample was taken from the plant and its photographs were taken. When researched, it was seen that the plant is not included in the Flora of Turkey and with the literature review, the plant was identified as Gamochaeta coarctata which a new alien species for Turkey. In order to determine the area distribution of the plant, it was wandered around the land and it was observed that the plant became established on the edges of the walking paths on different routes, on the forest edge and in the meadow by the dam lake. In this paper, the species was introduced with taxonomical and morphological features. Its ecological impact was evaluated with potential risks also. The species can be considered in Turkey as an alien  species and have a rapid expansion potential, but further field investigations on this species are necessary to avoid its diffusion. 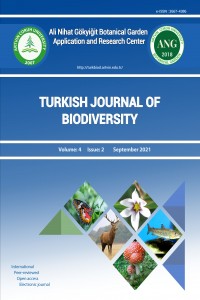